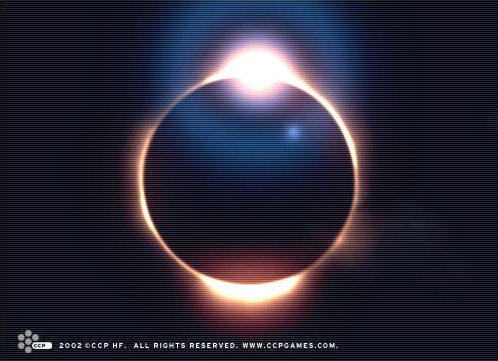 Chapter I of the Epitoth in the Book of Scriptures

The above text found in the holy book of the Amarrians the Book of Scriptures (actually several volumes). It dates more than 6000 years back, to the time when the Amarrians were still a fledgling nation on the planet Athra (later renamed Amarr Prime, once the Amarrians had conquered it completely). The story of the sefrim and Ametat and Avetat has fascinated scholars for ages. The first chapter of the Epitoth is the oldest text containing information about the sefrim and is also in many ways the most detailed. It describes their arrival and departure, as well as their appearance. In later texts the sefrim are only mentioned as mythical creatures and servants of the Amarr God and emperor.

But there are in existence fragments of texts from various sources that speak of the gifts the sefrim (singular form: sef), the Ametat and the Avetat, or the Scepter and the Crown. These fragments not only support the truth of the story (at least up to a point), but they also contain information regarding what happened to the items. The Scepter and the Crown, described as made of incredibly light-weight metal, yet also very strong. No surviving manuscripts give any exact info about their function other than they allowed the user to ‘wield the power of God’ and ‘harvest the knowledge of creation’.

There are more facts that support the story. Astronomical data shows that two solar eclipses occurred in the space of 101 years in the same time period as the text was (accurately established) written in. Both of these eclipses were caused by the large planet Zorast, the next planet between Amarr Prime and the sun (none of the Amarr Prime moons are large enough to create anything more than hardly noticeable solar eclipses). The first of the Zorast solar eclipses created full umbra on Amarr Island, while in the latter the island was only in the penumbra of the eclipse. What is more, five years after the latter eclipse a huge asteroid hit the gaseous Zorast while the planet was well aligned with Amarr Prime, an event that was undoubtedly spotted on Amarr Island.

Going back to Ametat and Avetat, the two items remained in the emperor’s family for four centuries, when they inexplicitly disappeared. In one of the last texts to mention it, a report made by the Amarr Court Chamberlain, it is stated that despite their age not one blemish or rust-spot is to be found on them. Despite numerous red herrings and fabrications through the ages, as well as many methodical searches, the real Scepter and the Crown have never been recovered.