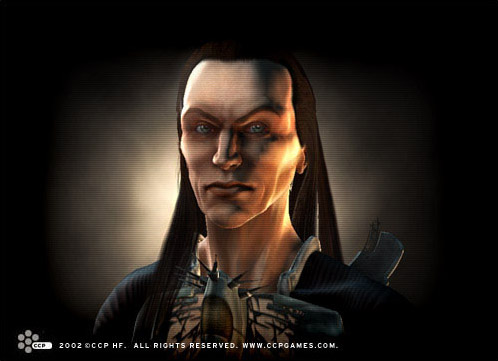 When Souro Foiritan began his five year tenure as the President of the Gallente Federation, the first thing he did was to expel his main competitors from the Progressive Party; veto laws on food grants to the poor and needy; and then go on a two-day pleasure space cruise in the Rainbow zone, stating he needed a holiday after a hard-fought election campaign. This bizarre Presidential behavior has in the past three years become even more colorful, prompting scorn and contempt from Foiritan's political enemies and foreign ambassadors alike. Even more bizarrely, Souro Foiritan is the most popular President in the history of the Federation. Time and time again, after Foiritan's latest folly, public polls on his popularity show little or no effects on his immense popularity (85% of the latest poll). The reason for this is simple: for all his buffoonery President Foiritan is a shrewd and intelligent politician. He is charismatic, easy-going and honest, but at the same time he's a strict disciplinarian that drives himself and his staff hard to better the lives of Gallenteans and further the cause of the Federation. Whatever his political enemies may think of him they grudgingly admit that President Foiritan is infuriatingly good at his job.

Unlike so many Presidents before him Foiritan is very much his own man - although he was elected as the candidate of the Progressive Party (and is thus a Progressor) he has deliberately distanced himself from the party in recent years. Ousting his main rivals from the party on the very first day of his presidency was a clear sign that he was not going to be a puppet dancing on strings controlled by the party leaders and his latter conduct towards the lobby factions has made it very clear that Foiritan is the one in control. Despite all this Foiritan is very much aware that being the leader of a democratic state, especially one as volatile as the Federation with all its ethnic, religious and economic differences, is a position built on quicksand. Take one wrong step and you are up to your ears in trouble.

The democracy exercised by the Gallenteans is a very open one - it is common for major issues to go to a public vote instead of being solely decided by the senate or the President. This is something that the lobby factions pushed through a long time ago as a way to utilize public opinion (which can be much easier to sway by master propagandists than the mind of the President) for important matters. President Foiritan has been able, due to his ongoing popularity, to use this forum several times in the past to push through tough issues despite senate opposition. Foiritan knows his people very well. He knows that even if Gallente society can be called a capitalistic one, the capitalism followed by the Gallenteans is fundamentally different than the one found in the Caldari State. For Gallenteans, the accumulation of wealth is something that is done on an individual level and personal wealth only matters in comparison to the wealth of other individuals. For the Caldari the economic wheels of the state are controlled by huge corporations and for corporations competition, efficiency and market share is more important than accumulation of wealth (although the latter is often a happy by-product of the former) - business for the good of the individual rather than the good of the many is something totally alien to the Caldari. This Foiritan understands very well and he knows that greasing the palm of a few individuals will appeal more to the Gallenteans than some blanket solutions that really does not help anyone all that much. In these matters Foiritan is at odds with the Sociocrats, the second largest political bloc in the Federation. Their leader, Mentas Blaque, is a sworn enemy of Foiritan and uses every opportunity to mock him and his government. The Sociocrats (the name of the party is Social Democrats, Sociocrats is what they are usually called) advocate social equality on all levels and that the federal government should make it its highest priority to aid those in the lower strata of society. Mentas Blaque loathes the individualistic approach of President Foiritan and considers it to be vile favoritism and simply unjust.

The latest dispute is that regarding the legal ownership of planets in unpopulated systems. The President and the Progressors want to hand out ownership on an individual basis, while the Sociocrats consider the planets to be the property of the Federation (as it was federal scout ships that discovered them and federal construction crews that built stargates linking the systems to the Federation) and the Federation should control colonization and development of the planets and allow the whole Federation to reap the rewards. The President is counting on the support of the Unionists (where Minmatar immigrants are very strong), while Mentas Blaque and the Sociocrats are counting on the potentially explosive pressure of the lower classes. The issue is currently being hotly debated in the governmental halls and many believe that sooner or later either party will call for a public vote on the matter. Many also believe that this issue, which is also hotly debated on every street corner of the Federation, could shatter the popularity of the President once and for all.