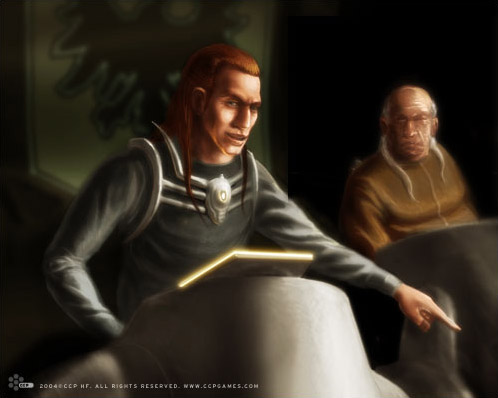 Since his election three years ago the President of the Gallente Federation, Souro Foiritan, has been embroiled in a silent war with the Senate of the Federation. At stake is the question where the ultimate power within the Federation lies. The third pillar of the Federal government, the Supreme Court, has also been dragged into this covert war, fought on a broad front. Foiritan’s predecessors in the Presidency were weaklings and they were frequently brow-beaten by the Senate. In time, the Senate began to see itself as the true leader of the Federation, something that Foiritan is now furiously trying to overturn. In recent months many political events that would normally be considered quite insignificant have been blown out of all proportions as the feuding sides use them as a pretext to attack each other. Yet the battle lines have been slowly solidifying, revealing the underlying ideologies that the three sides really stand for.

While the Senate has become the champion of big bucks business and entrenched interests, Foiritan has masterfully maneuvered himself into becoming the people’s man - using his boyish charms to ride the wave of popularity he enjoys throughout the Federation. The leaders of the Senate - such as the astute Jaq-Foix Netharin and Maridane Wilfort the extremist - have used the lobbyists and the moneymen to build themselves a formidable position, though many feel this fortress of special interests is becoming more and more like an ivory tower every day. In this tug-of-war where the very foundations of the Federation are at stake the arsenals of the adversaries are filled with deceit, sleaze and words of hatred and they fight each other with armies of lawyers, hordes of PR stunt men and the voice of the media. And yet for all their efforts the only casualties so far have been truth and reason. Yet even those have found a champion - the Supreme Court. In the political havoc the Supreme Court has acted as a beacon of common sense - a solid rock for the hard pressed masses to lean on to weather the storm that threatens to engulf them. As is so often the case when a war for the fate of millions rages the survival of the weak is most at risk. It is here that the Supreme Court has found a cause worth fighting for and it is doing all in its power to uphold the principles of the Federation - brotherhood, fraternity and equal rights to all men.