Turnur, Metropolis – Efforts to evacuate threatened populations from the Turnur system continue as fears of an "extreme stellar event" continue to grow. Ships from involved empires, corporations and interested capsuleer groups have been attempting to move as many as possible from planet Turnur I and stations located in the inner zone of the system.

Increasingly energetic flare pulses from the central blue A0 star of Turnur first gave to rise to alarm in the last week or so as scientists from around New Eden voiced their concern at the pattern of stellar activity observed in recent weeks. Since the activation of an Imperial Prototype Stellar Transmuter in orbit of the star, a number of changes have been observed but the recent upwards curve in energetic activity has heightened fears. The pattern of activity is apparently linear and set to culminate in some kind of peak event or "terminal phase" at 17:00 New Eden Standard tomorrow.

Many stellar mechanics specialists and scientists with experience of analysing incidents such as the Seyllin catastrophe of YC111 and the effects of Triglavian stellar transmuters have speculated that a range of stellar events are possible. There is little optimism that a simple stellar flaring event of even a major scale will take place with some scientists fearing a severe radiation and major mass ejection event is possible. Few scientists are expressing concerns that a supernova is indicated, with many pointing to a lack of certain indicators that would be expected in advance of such a stellar explosion.

Evacuations of planetary industry workers from the surface of Turnur I have largely been completed with industrial colonies across the planet shutting down for lack of personnel and equipment. Large numbers of civilians from the underground mining and processing townships set up in recent waves of Minmatar and Amarr colonial settlement have also been evacuated off-world through the efforts of a variety of empire and capsuleer corporations and organizations.

Capsuleer evacuation efforts have successfully evacuated many thousands from the inner planet stations, as well as from planetary colonies on Turnur I, but have been the cause for some conflict with Amarr militia extremists. Nevertheless, the Turnur I Republic Parliament Bureau has been entirely evacuated of non-critical personnel, with most of its services shutdown due to the station operating with a minimal crew complement.

Responding to accusations of impeding and even firing on evacuation flights, the Amarr Empire's Captain Marshal Sirdan xer Qosh has dismissed the claims as "pure rebel propaganda" and pointed to "deliberate provocations by the rebel fleet and the so-called 'Justice Department' sabotage and terrorism organization." Ambassador Keitan Yun, Minmatar delegate to the CONCORD Inner Circle, has repeated his condemnation of Amarr conduct in establishing stellar transmuters in Turnur, Egmar and Vard, noting that "reports of Amarr forces firing on evacuation flights come as absolutely no surprise to those of us who have endured centuries of Amarr brutality and atrocities." 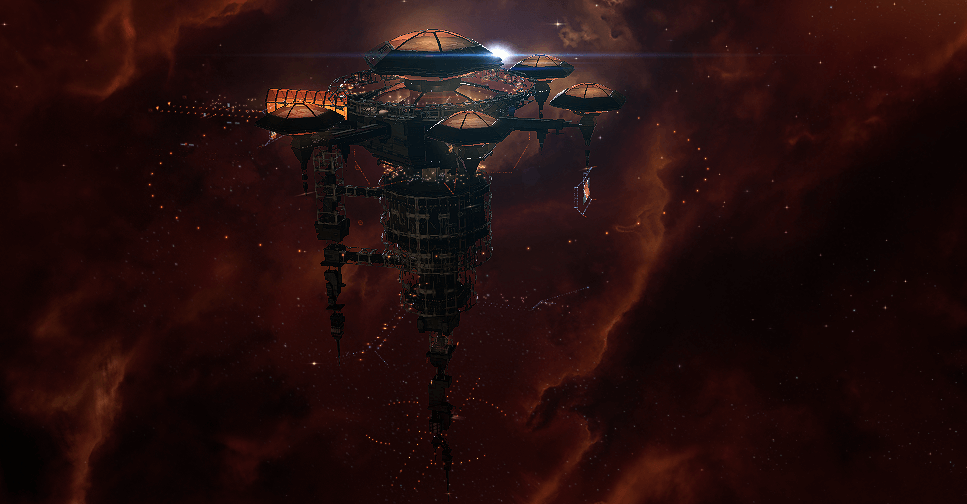 Above: Turnur I - Republic Parliament Bureau evacuated and services curtailed

Yulai, Genesis – Given the severity of the situation in Turnur, the CONCORD Inner Circle has met in emergency session with delegates from all four empires attending in a break from the recent pattern of the "Big 4" empires showing a mix of indifference and disdain for the interstellar peace and security organization. Today's Inner Circle session is also set to be attended by Amarr delegate and Royal Heir Hamideh Kador, Ambassador Keitan Yun of the Minmatar Republic, Sukuuvestaa Corporation CEO and Caldari delegate Kuikianen Onita, and Ambassador Devan Malate of the Gallente Federation.

Post-session remarks by empire delegates last night ranged from the condemnation of the Amarr Empire by Ambassadors Yun and Malate, through diplomatic concern from Chief Executive Onita, to a defense of Imperial policy by Lady Kador. Ambassador Devan Malate has urged the immediate shutdown of stellar transmuters and a moratorium on research into the technology. The Federation position cuts against the Republic's determination, as stated by Keitan Yun, to achieve a "full understanding of transmuter techology for purposes of self-defense against Amarr aggression."

For their part, the Caldari State's CEP has communicated though Kuikianen Onita its position that experiments with stellar transmuter technology should be conducted with "caution and with due attention to the risks to populations and property". Lady Hamideh Kador has re-stated the Amarr position that "utilization of local resources is stipulated to be legitimate under treaties controlling the conduct of warzone occupation, and this naturally extends to exploratory operations involving technologies developed by the Amarr Empire, just as it would for any other treaty state."

The Amarr Empire is reported to have completed its projected research efforts into Stellar Transmuter operations with Captain Marshal Sirdan xer Qosh expressing "satisfaction with the research program despite the necessity of utilizing resources located in our provinces claimed by rebels and the Minmatar terror state." 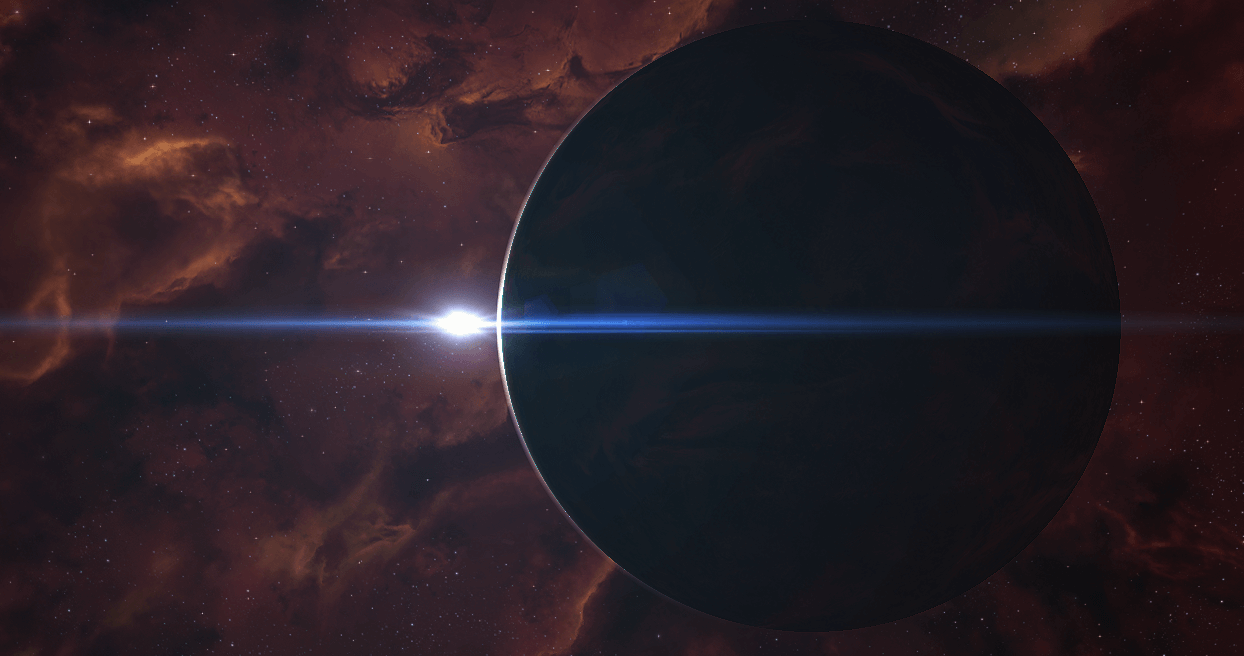 Above: Turnur I under threat from any extreme stellar event

Internal Politics of Empire and Republic Affected by Turnur Crisis

Amarr and Pator – Despite the often opaque nature of Amarr court and noble politics, some disquiet at recent events in the warzone has been observed by keen-eyed watchers of the Empire's politics. While House Kador has adopted its traditional position of total loyalty to the Imperial Throne, along with Royal House Tash-Murkon and the Major House of Qosh, other Royal and Major Houses of the Amarr Empire have shown signs of misgivings at the events in Turnur.

House Kor-Azor has explicitly increased "humanitarian co-operation" with the Servant Sisters of EVE and allowed its flag to be used for a number of evacuation flights out of the Turnur system. Royal Heir Arim Ardishapur has gone so far as to declare "passage for civilians from Turnur under safe conduct a religious duty for all vassals of Houses Ardishapur and Sarum", apparently with the agreement of close ally and fellow Sword Marshal Arrach Sarum. Thus far, the Khanid Kingdom has maintained the inscrutable silence typical since the "Chakaid Affair" ended with the EOM crisis and widespread purges. However, unconfirmed reports from the Pahineh system in Aridia claim that Royal Khanid Navy vessels have been surveying locations in close orbit of that system's star.

Tribes of the Minmatar Republic have been forthright in their backing of the position of the Sanmatar Maleatu Shakor and his representatives, while also lending as much aid as possible to the Republic Justice Department's efforts to evacuate as many civilians as possible from Turnur or at least the inner zones of the system. The resources of the vast tribal federations of the Brutor and Sebiestor have been mobilized to support evacuation, along with the skills of Thukker Tribe infiltration and smuggling pilots. Krusual and Vherokior clans and mercantile circles have also leant their aid in transporting, housing and feeding any refugees moving along the routes to the core of the Republic.

Nefantar and Starkmanir resources have largely been in the form of financial support with the latter tribe still lacking much in the way of reach, and the former diplomatically lending its support quietly. While differences in politics between tribes and clans are more evident in the debate over continued operation of the Egmar and Vard transmuters, for the moment the focus is on the Turnur crisis.