The Scope's Galactic Hour with Ret Gloriaxx brings your roundup of the latest news from around the cluster, as the Gallente Federation celebrates the 239th anniversary of its founding while disputes break out between New Eden's great powers. 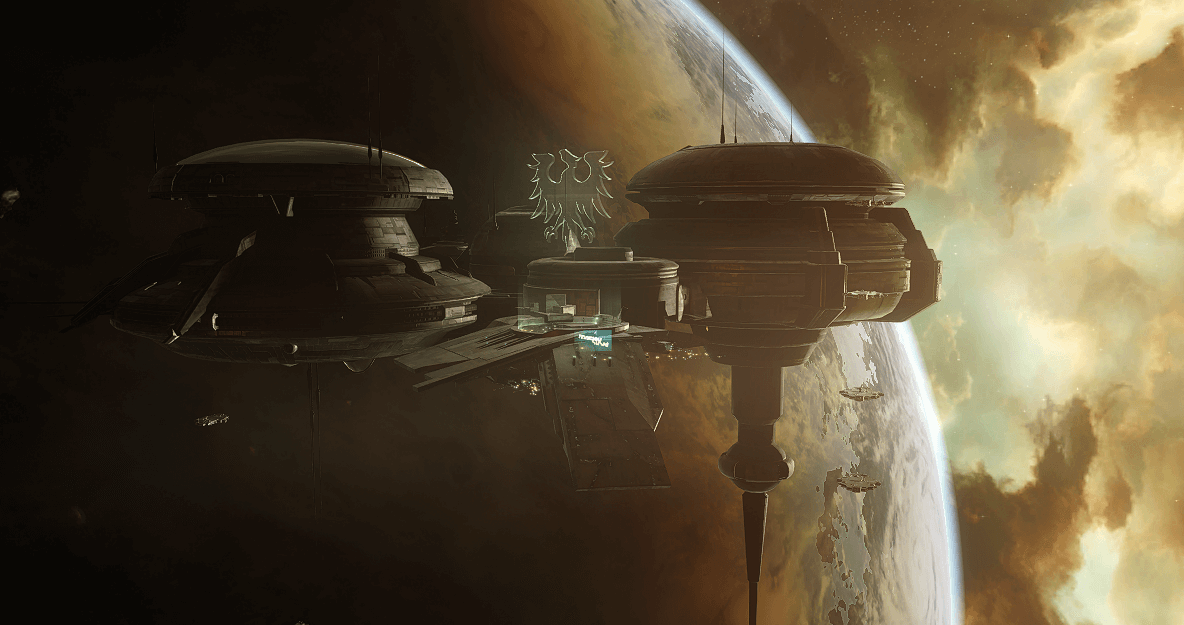 Above: New Federation President HQ under construction in Parchanier system

Luminaire, Essence – As the Gallente Federation celebrates the 239th anniversary of the founding of the Federated Union of Gallente Prime, President Celes Aguard's program of works aimed at rebalancing the relationship between the core systems and periphery regions continues apace.

Celebrations across the Federation and beyond include a number of Federation Navy shows of force with Erebus-class Titans leading parades in key systems. Additionally, the Gallente's much-loved annual space racing event, the Federation Grand Prix, has returned to its natural slot during the festival period.

President Aguard's agenda of diversifying and distributing federal power throughout New Eden's second-largest empire has been further manifested by works to relocate the Federation Executive Capital from Ladistier system in Essence region to Parchanier in Sinq Laison, together with a similar construction effort relocating the Judicial Capital from Parts in Essence to Bereye in Everyshore.

The Federal Administration expects the new HQ stations of the Federation President and Supreme Court to fully open for business in the near future. 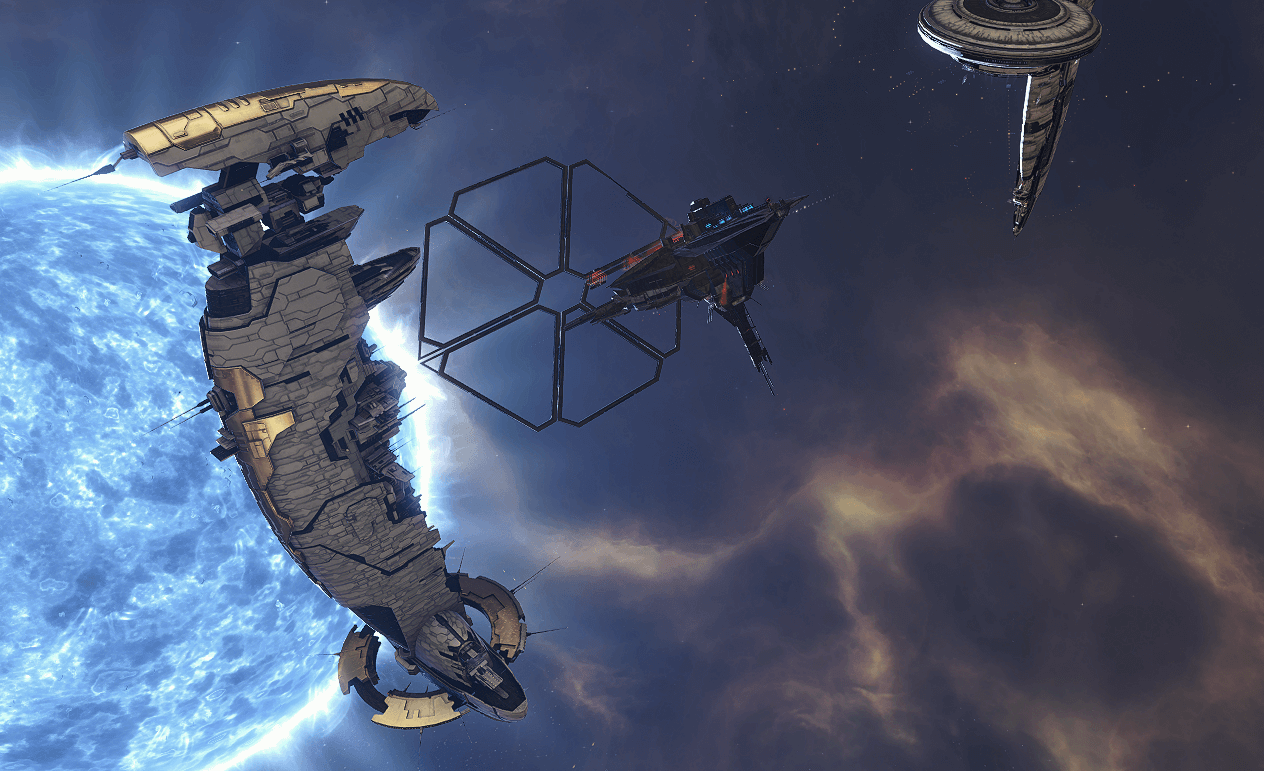 More commonly known as a "Stellar Harvester", the captured Triglavian device has been the subject of ongoing investigations by Imperial science teams and EDENCOM investigators. In the last few weeks, the Amarr Empire has constructed two major, heavily militarized facilities in close proximity to the captured stellar harvester.

The appearance of these new structures has caused considerable disquiet in CONCORD's Inner Circle, and among the Federation and Republic delegations. Gallente Ambassador Devan Malate expressed the "most grave concerns of the Gallente Federation at the unwarranted militarization of a site that should more properly be administered under the provisions of established interstellar law."

Minmatar Ambassador Keitan Yun had harsh words for both the Amarr Empire and EDENCOM: "It has long been clear to the people of the Minmatar Republic that EDENCOM is institutionally biased towards the Amarr Empire. Now this latest outrage confirms a situation that comes close to conspiracy, as the Amarr flagrantly steal a vital asset from the interstellar community under the noses of EDENCOM. Be assured, the matter shall not rest here."

The Amarr Empire and Caldari State delegations declined to comment on the developments. In a possibly related move, diplomatic correspondents report that Amarr delegate Captain Marshal Sirdan xer Qosh has been recalled to Amarr Prime for an audience with Empress Catiz I. 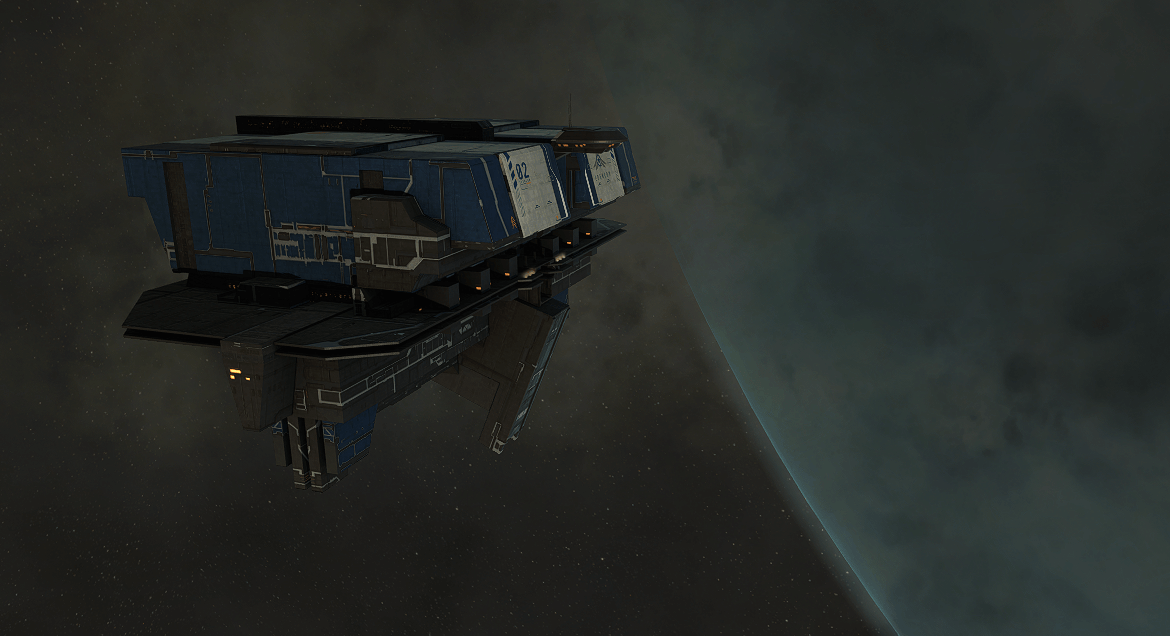 Athounon, Placid – An alleged EDENCOM station operating under a cloaking device has been discoverd in orbit of Athounon V in the Serthoulde constellation, according to increasing reports from capsuleers affiliated with the Caldari militia currently occupying the system.

Other capsuleers have reported the presence of a number of squadrons of Caldari Navy frigates and cruisers, with one image capture showing such a unit in close proximity to the station in its uncloaked state. Analysis of capsuleer and local source visual record data suggests the mysterious facility's cloaking device is malfunctioning and periodically disengaging.

Athounon was in the news recently when Federal Marines and AEGIS forces were reported as eliminating a Triglavian ground force on the temperate and inhabited sixth planet of the system. Further reports indicated signs of Triglavian activity associated with the two storm planets of the system, one of which is Athounon V. Caldari militia forces mounted a successful effort to take Athounon in early May, and have subsequently made further gains to seize control of the Serthoulde constellation.

Caldari State and Gallente Federation forces have been maintaining a high alert in border areas for several weeks. The militia warzone conflict in Placid region continues to be a serious concern for CONCORD and the Gallente political class. 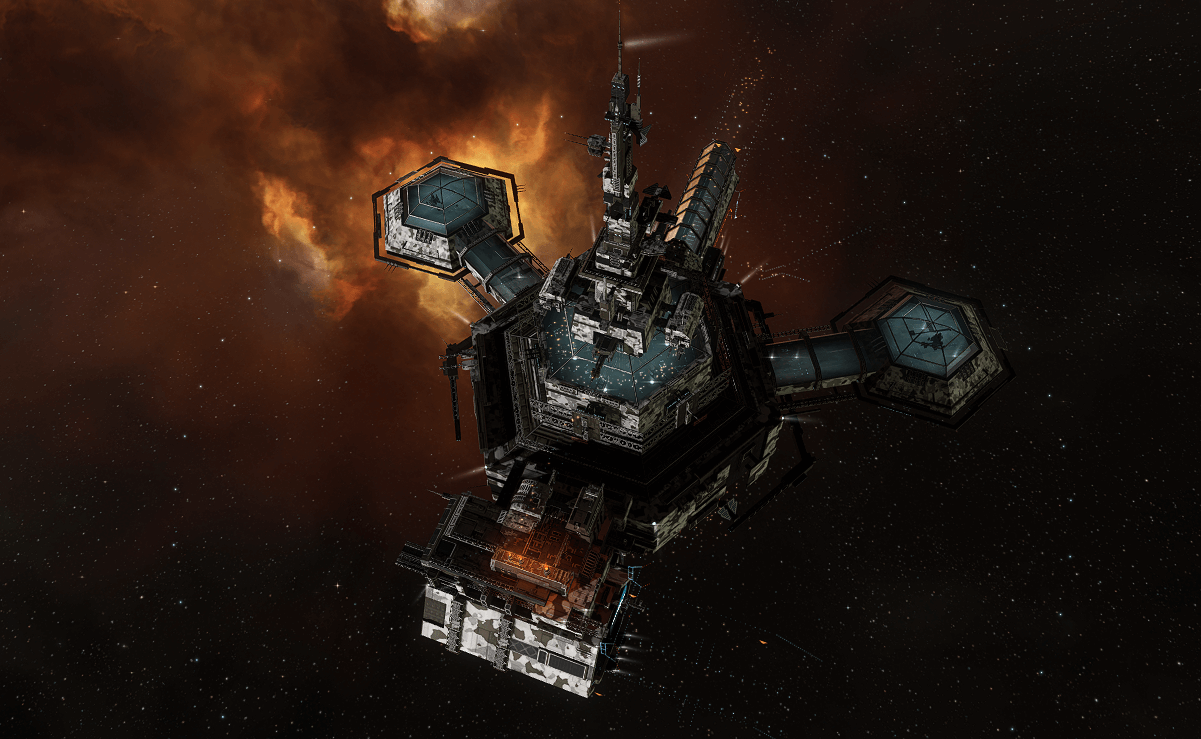 Above: Trust Partners station in M-MD3B, a notorious center of underworld activity

M-MD3B, Great Wildlands – Alleged Guristas spy and missing Gallente diplomat Leopold en Villari has reportedly been traced to the M-MD3B system in Great Wildlands. Wanted by the Caldari State for espionage, trackers have been able to narrow down en Villari's movements to the system using liquid router network data analysis, a precise location has not been obtained.

Speculation includes the theory that en Villari has sought refuge with the Krullefor Organization, a Thukker crime syndicate allied to the notorious Seykal Clan, and rumored to be a proxy for Republic Security Services deniable operations, smuggling, and illicit funding channels.

The presumed presence of a fugitive Gallente diplomat under the wing of Thukker criminals has also increased speculation as to the role of underworld fixer and smuggling mastermind "The Deathless" in the Guristas Spy Ring in the Caldari State. While avowed Guristas agent Esri Hakuzosu is confirmed to have returned to the fold in Venal, the apparent reluctance of en Villari to join her has suggested to many that he was a "triple agent" working for the Deathless network.