Myth of a Salesman 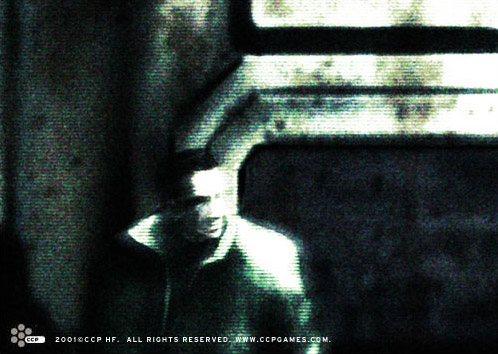 Aeron Assis. Niques S. Leutre. Niemar Kokolen. Are any of these names the real name of the man who uses them? His best known alias is not even a name, the Broker. Mention the Broker to any governmental agent anywhere within the world of EVE and you’ll be sure to get a response. The only thing more numerous than the number of aliases he is known by is the number of speculations on his background. There are precious few concrete facts known about this elusive spy, negotiator, informant, arms dealer and manipulator of men and states. As a master of disguise, who utilizes the latest in cloning and DNA technology to keep his appearance a secret, such basic details as race, height or hair-color are unknown. However, he’s most often considered to be of either Amarrian or Gallentean ancestry, of average height and build, with no apparent quirks or physical marks of notice.

For more than 50 years the Broker has directly or indirectly been involved in various dealings between states, prominent warlords or intelligence agencies. Most of these dealings include exchange of information, weapon selling and espionage. In addition, various accounts of criminal activity and even terrorism have sometimes been credited to the Broker, but none of them are based on any solid facts. What is known is that the Broker operates a vast information net, mainly within the higher strata of the society. He uses this net to gain advantageous business deals, but he also uses the information garnered to blackmail, bribe or manipulate people or even whole governments. In these operations he’s often working under contract from a third party, invariably a political or economical rival of the victims.

As befits the secretive and shadowy endeavors of the Broker, few of his deeds have reached the public eye. In the inner circles of the espionage world, everyone has a story of their own about him, often offering a glimpse of a piece of much grander scheme the Broker has undertaken. One of his more celebrated feats took place early in his career, almost half a century ago and is known among intelligence agents as the Omicron Incident.

At that time two feudal Amarrian lords ruling adjacent domains at the fringes of the Amarr Empire were clashing over the privilege to extend their domains to include that of another feudal lord, recently deceased. The Broker, going by the name Aeron Assis, had just concluded a contract to buy a large quantity of Caldari and Gallente manufactured weapons. He was looking for prospective buyers and decided the two Amarrian lords to be ideal. The problem was that the two lords were just about to reach an agreement on dividing the disputed territories between them. The Broker acted fast and produced documents claiming that one of the lords, Hurid-Akan, had been conspiring to have the other lord, Kirion, assassinated. The news infuriated Kirion and made him break off all negotiations with Hurid-Akan. Determined to strike the iron while still hot the Broker set out for Hurid-Akan’s domain and leaked (false) information to Hurid-Akan’s intelligence arm that Kirion had broken of the negotiations because he intended to invade and occupy the disputed territories with the aid of an undisclosed ally. Hurid-Akan was hesitant to take up arms he considered his army too ill-equipped to be an efficient fighting force. But to his immense relief he learned that a Caldari arms dealer was visiting his capital (this was of course the Broker in yet another disguise). The Broker sold Hurid-Akan top-of-the-line Caldari weapons and then left, again heading for Kirion’s domain. Meanwhile, Hurid-Akan hurriedly began mobilizing his armed forces.

Kirion, alarmed by the mobilization of Hurid-Akan’s forces, began his own preparations for war. The Broker leaked the information about the advanced Caldari weapons Hurid-Akan had bought to Kirion and then proceeded to sell him Gallentean weaponry as counter measures.

For days, the Broker played the two lords against each other, employing a combination of falsified surveillance data, forged documents describing imaginary plots and plans and his net of agents and double-agents within both domains to increase the paranoia of the lords so they’d buy more of his weapons. In the end, the Amarr Emperor, notified of the increased tension in the region, was forced to sent a royal arbitrator to calm things down. By that time the two lords spent their entire fortune buying all of the Broker’s weapons and the Broker himself had quietly disappeared from the Empire. This was not to be the last time that the Broker ingeniously played factions against each other for his own benefit.

As the years have passed the Broker himself has become increasingly paranoid of keeping his identity and whereabouts hidden. His vast information net and accumulated wealth has made this relatively easy for him and today he works almost entirely through middlemen in his wheeling and dealing in the outer world. He is still considered to be very active, but the extent of his operation is for anybody to guess.