The Day of Darkness 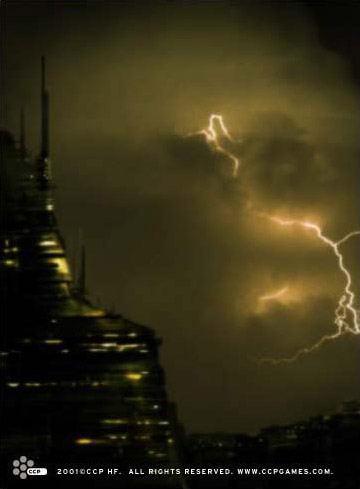 The Day of Darkness was properly named. That day saw one of the worst storms ever on the biggest continent on Matar, laying incredible amount of destruction in few short hours. But greater danger loomed, because that same day six giant slave vessels entered the Pator system. From there each ship set out for a different Minmatar planet, escorted by heavily armed military ships. Once in orbit the Amarrians descended onto the surface and started rounding up people.

The Minmatars put up a brave resistance, but to no avail, the superior Amarr technology swept all Minmatar armed forces away, then plundered the populace at will. In addition, the Amarrians took great care of destroying every Minmatar space ship and installation they encountered, with the intent of making it very difficult for the Minmatars to gain strong space presence.